Saitama: Urawa Red Diamonds head coach Tsuyoshi Otsuki was left lamenting his side’s inability to claw back their first-leg deficit in the opening 45 minutes of the second leg of the 2019 AFC Champions League final as the two-time champions lost out on Sunday to Al Hilal SFC.

The side from Saudi Arabia completed a 3-0 aggregate win thanks to second half goals from Salem Al Dawsari and Bafetimbi Gomis to claim the title for the first time in the club’s history.

Urawa went into the game at Saitama Stadium trailing by a goal from Andre Carrillo in the first leg in Riyadh two weeks ago and Razvan Lucescu’s side kept the 2007 and 2017 champions’ attack quiet throughout much of the game. 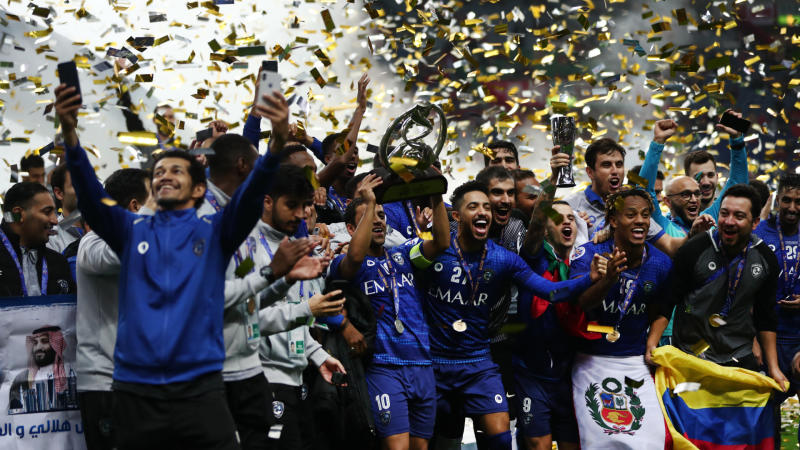 Saitama: Goals from Salem Al Dawsari and Bafetimbi Gomis ensured Al Hilal claimed the AFC Champions League for the first time in the club’s history as the Riyadh-based side completed a 3-0 aggregate win over Japan’s Urawa Red Diamonds at Saitama Stadium on Sunday.

Al Dawsari’s close range effort 16 minutes from time and Gomis’ injury time strike gave Al Hilal a 2-0 win on the night and allowed them to complete a historic win following their first leg victory at the King Saud University Stadium two weeks ago.

Al Hilal become the first club from West Asia to win the title since Al Sadd’s victory in 2011 and they are the first team from Saudi Arabia to claim the trophy since the second of Al Ittihad’s back-to-back wins in 2005. Saitama: Bafetimbi Gomis of Al Hilal SFC scored a double of Sunday as he was named the 2019 AFC Champions League MVP and won the Top Scorer award.

Gomis' goals and leadership played a pivotal role in Al Hilal's triumph, a first for the club after having fallen in the 2014 and 2017 finals.

Gomis was a mainstay in Al Hilal's campaign, featuring in all 14 matches the Saudi club played en route to winning the title.