Thailand, Vietnam through to final Thailand, Vietnam through to final

Phnom Penh: Thailand and Vietnam will compete for the 2022 AFF U-23 Championship title after beating Laos and Timor-Leste respectively in the semi-finals on Thursday.

A goal in each half was enough for Thailand to secure a 2-0 win over Laos while Vietnam saw off Timor-Leste 5-3 on penalties after their match ended goalless after extra time. 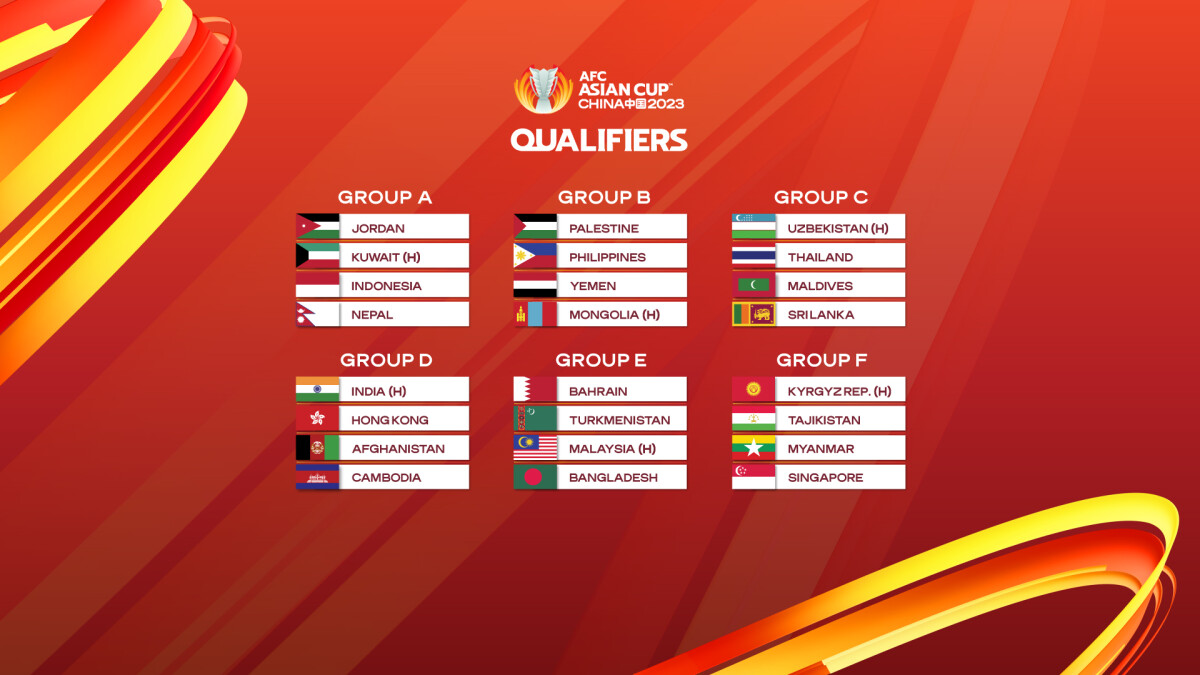 Kuala Lumpur: The AFC Asian Cup China 2023™ Qualifiers Final Round promises to be a thrilling affair with the 24 teams learning their opponents on Thursday. Kuala Lumpur: The Asian Football Confederation (AFC) has today confirmed the centralised venues for the AFC Cup 2022™ Group Stage, which is scheduled to be played in the West and South Zones from May 18 to 24, and in the ASEAN, Central and East Zones from June 24 to 30.

The AFC Cup 2022™ Group A matches will be held in Muscat, Oman, where three-time winners Kuwait SC will battle Lebanon’s Al Ansar as well as Al Seeb Club from Oman and Jableh of Syria. Male: Buoyed by their 2-0 win over Seychelles , Saudi Arabia's women's national team are determined to continue growing and make their presence felt internationally.

Sunday's 2-0 win over Seychelles was a historic occasion as Saudi Arabia made their international debut, an experience the players savoured.

Al Bandari Mubarak scored Saudi Arabia’s first ever international goal in the 14th minute with Maryam Al Tamimi then converting from the penalty spot four minutes into the second half to clinch the win at the National Football Stadium in Male, Maldives. The 32-year-old, a bronze medal winner at the 2012 Olympic Games in London, will return for a second stint at the club he first played for from 2007 until 2010, when he moved to Germany to sign for Vfl Wolfsburg. Hanoi: Club football will return to Vietnam when the 2022 V.League 1 gets underway on Friday, February 25 in a weekend that will see the teams return to domestic action for the first time since May last year.

With the 2021 competition cancelled due to COVID-19, it’s been a long wait for fans of Vietnamese football, who got to celebrate their country’s first-ever win over China PR in January and can now finally look forward to seeing their favourite club sides back in action.

Ahead of the first round of fixtures, the-AFC.com highlights five things to look out for in the season ahead. Zurich: FIFA on Wednesday confirmed the first training sites in Australia that will be available to the teams participating in the FIFA Women’s World Cup Australia & New Zealand 2023™.

Each training site will be available for use by participating teams throughout the tournament and the selection marks the conclusion of the initial phase of team facility planning for the tournament.