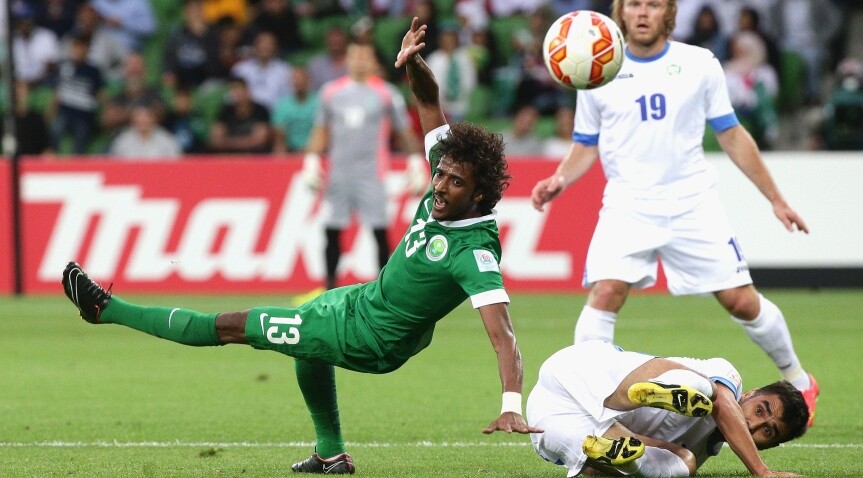 Melbourne: Saudi Arabia paid the price for making too many mistakes against Uzbekistan on Sunday according to coach Cosmin Olaroiu as a 3-1 defeat saw the three-time winners suffer a second consecutive AFC Asian Cup group stage exit.

Saudi Arabia only had to draw at Melbourne Rectangular Stadium to progress from Group B alongside table-toppers China and were able to recover from conceding inside the first two minutes as Mohammed Al Sahlawi converted from the penalty spot on the hour mark.

But with Vokhid Shodiev and then Sardor Rashidov with his second of the night netting inside the final 20 minutes, 2007 finalists Saudi Arabia were forced to settle for a third place finish having earlier also lost to China before beating DPR Korea.

“It is disappointing for me, for everyone. We tried our best and we tried to work hard to improve in all aspects of the game, but when you make mistakes like we made today, sometimes you pay the price and the price today was qualification,” said Olaroiu.

“Unfortunately we started the game badly with a mistake and then we comeback and we make another mistake. Sometimes in football you have to pay. Uzbekistan were stronger than us and played until the end to get the qualification.”

Olaroiu had opted to stick with the attacking 4-4-2 line-up which proved so effective during Wednesday’s 4-1 win over DPR Korea, although the Saudi Arabia coach was left to rue his failure to change to a more defensive set-up after Al Sahlawi had netted his third goal of the campaign to level the tie with 30 minutes remaining.

“My idea was to score and take the lead in the game, but we conceded a goal in the first minutes and everything changed,” added Olaroiu.

“The second goal we conceded was silly. When we scored I wanted to take one of the attackers off for a midfielder, but they scored immediately.”

The defeat, Saudi Arabia’s fifth in their last six games, brought an end to Olaroiu’s short spell in charge having taken over in December.

“It was a big hunger for me to spend time with the Saudi Arabia national team and this is a big disappointment for me because I wanted to do something for them to pay back their love, but we could not,” added the Romanian.

“I think Saudi Arabia can improve a lot, but they need to start to make changes to build a new generation. They have some young players and I have told them a few things and I hope they will help.

“You can’t say this is a tragedy, it is disappointing. Tragedy is too much, but that is why the people need to look at it and start to make changes and build something very solid. Now many clubs from Saudi Arabia have improved and I hope in the future Saudi Arabia find the place they deserve.”