Chonburi: Eight teams will be vying for glory when the AFC U-19 Women’s Championship Thailand 2019 kicks off on Sunday.

Ahead of the tournament opener between DPR Korea and Australia, join the-AFC.com as we detail all you need to know about the Continental extravaganza in Chonburi. 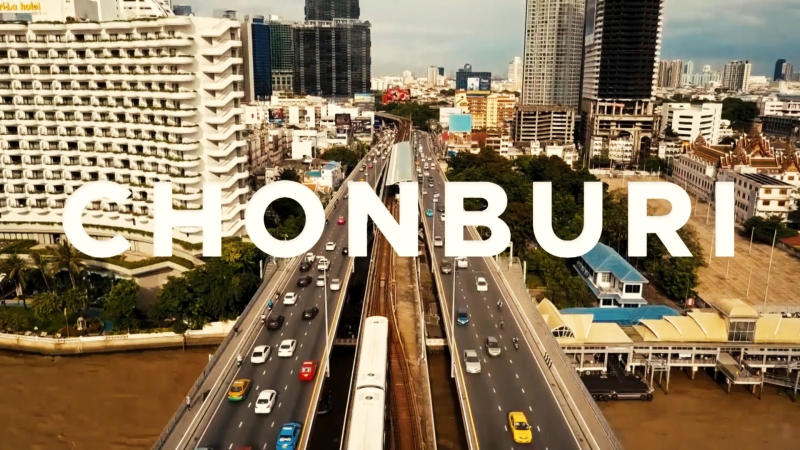 Chonburi: Eight teams are vying for glory at the AFC U-19 Women’s Championship 2019 Thailand.

With the top three finishers also assured places at next year’s FIFA U-20 Women's World Cup in Nigeria, the-AFC.com takes a look at some of the competition’s key stats, facts and records.

Kuala Lumpur: As the dust settles on the FIFA Women’s World Cup, attention turns to the Continent’s major women’s youth competitions, which produced more than 80 per cent of the Asian players at France 2019.

But while both competitions have produced globally competitive age-group sides, their long-term value is highlighted by the central role they played as a pathway to senior World Cup football for Asian players. Chonburi: Thailand head coach Arun Tulwattanangkul has set his side the dual goals of a semi-final berth and World Cup qualification as his nation prepares to host the AFC U-19 Women’s Championship for the first time.

Speaking after the tournament’s official draw, - where Thailand were drawn alongside DPR Korea, Australia and Vietnam on Thursday - Tulwattanangkul backed his side to be among the contenders despite not appearing in the tournament’s top four since 2004.

“I think the group is really strong,” he told the-AFC.com. “Both DPR Korea and Australia are really strong teams, and Vietnam is a game where I think we could get some points”

“I have two goals; the first is to get to the semi-finals, and the next goal is to be in the (FIFA U-20 Women’s) World Cup.”

Heavyweights to clash as path to glory is revealed

Heavyweights to clash as path to glory is revealed

Chonburi: The path to potential Continental glory was revealed for Asia’s stars of tomorrow as the official draw for AFC U-19 Women’s Championship Thailand 2019 was conducted on Thursday.

The ceremony, held at Chonburi’s Oakwood Hotel, saw the eight qualified teams split into two groups of four ahead of the competition’s October kick-off, setting the stage for a number of intriguing fixtures.

First-time hosts Thailand have a tough challenge ahead if they are to end a 15-year semi-final drought, after they were drawn alongside DPR Korea, Australia and Southeast Asian neighbours Vietnam in a difficult Group A.

Champions in 2007, DPR Korea were runners-up in the 2017 edition of the competition, while Australia finished in fourth place to narrowly miss out on qualification for the FIFA U-20 Women’s World Cup. Following DPR Korea's win over China earlier in the day, the defending champions needed to see off the hosts to lift the trophy and they did so in style.

Mai Kyokawa broke the deadlock nine minutes before the break and doubled her tally six minutes later to give Japan a half-time cushion they never relinquished.

Yokoyama then helped herself to a treble in the second period as they notched a fourth consecutive triumph to go along with their opening draw against China.

Japan dominated the first 45 minutes and Yokoyama tested Tran Thi Kim Thanh after just five minutes but the Vietnam keeper responded with a fine reflex save.

Yokoyama then shot narrowly over and Thi Kim Thanh comfortably gathered Chika Kato's effort from long range as the hosts continued to frustrate Japan, who had plenty of pressure but could not breach the massed ranks of a determined Vietnam rearguard.

That changed in the 36th minute, though, when they finally made the breakthrough. Yokoyama curled in a delightful cross from the right towards the back post and although Kato saw her header come back off the underside of the bar, Kyokawa was on hand to nod in virtually on the line.

Kato brought another good stop out of Thi Kim Thanh but Japan doubled their lead three minutes before the interval when Kyokawa's shot sneaked into the back of the net.

They drove home their advantage in the early stages of the second period.

First, Yokoyama added the third goal just a matter of seconds after the restart and then in the 52nd minute, Akane Saito was brought down in the box by a Vietnam defender's clumsy challenge from behind.

The full-back picked herself up to stroke the ball into the bottom corner past the diving Thi Kim Thanh.

Kyokawa burst into the box to latch onto a pass on the hour mark but her low shot was held by the keeper while at the other end, Do Thi Yen's looping shot was caught by Sakiko Ikeda.

Kyokawa then side-footed Haruka Hamada's cross from the left past the near post first-time and substitute Naoko Wada saw a left-foot shot from Saito's pass whistle just the wrong side of the upright from 20 yards in the 73rd minute.

Yokoyama added the fifth goal in the 83rd minute when she raced clear before rounding Thi Kim Thanh and slotting the ball into the empty net and then completed her hat-trick three minutes later, prodding home from close range following a goalmouth scramble. Nanjing: China PR secured a ticket to the FIFA U-20 Women’s World Cup in France, producing their best performance of the tournament to beat Australia 3-0 to claim third place at the AFC U-19 Women’s Championship in Nanjing on Saturday.

He Luyao scored early, before a second half burst ensured the Young Steel Roses will return to the global youth championship after having missed the 2016 edition, while the drought continues for Australia, who haven’t qualified since 2006.

After resting the large majority of his first team for the semi-final against DPR Korea, Australian head coach Gary van Egmond made 10 personnel changes, with Ellie Carpenter the only player to start both knockout matches.

There was much more continuity in the Chinese line-up, with Zhao Yujie the only new face, and they started in a positive manner, with Zhi Jie in particular causing problems on the left.