Kuala Lumpur: Chinese Taipei and Thailand's bid to qualify for the FIFA Women's World Cup Australia/New Zealand 2023 will see them competing in the Playoff Tournament in Hamilton and Auckland.

The two Asian teams will be joined by sides from Africa (two), North and Central America and the Caribbean (two), South America (two), Europe (one) and Oceania (one) with three places in the Finals at stake in the February 17-23 Playoff Tournament. 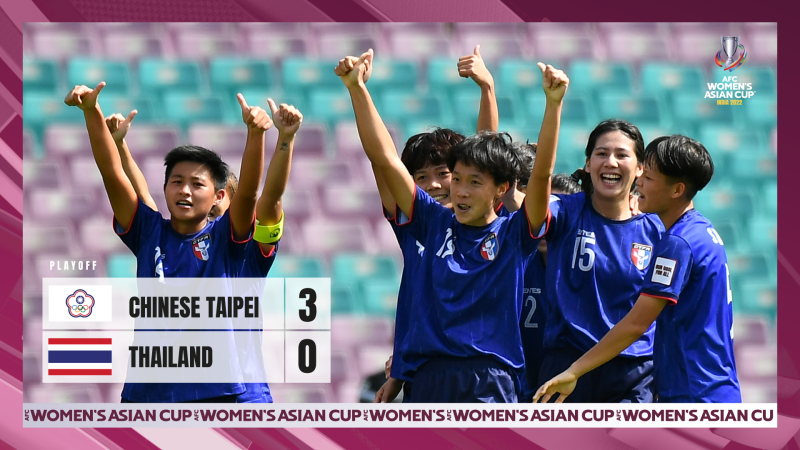 Manila: A first half blitz saw defending champions Vietnam breeze 3-0 past Cambodia in their AFF Women’s Championship 2022 Group B opener at the Binan Football Stadium on Thursday.

Manila: A first half blitz saw defending champions Vietnam breeze 3-0 past Cambodia in their AFF Women’s Championship 2022 Group B opener at the Binan Football Stadium on Thursday. Dubai: Newly appointed head coach Leonardo Jardim is determined to build a Shabab Al Ahli Dubai side capable of challenging for honours domestically as well as at the continental level.

Coincidentally, Shabab Al Ahli will face Al Hilal in the AFC Champions League 2022 Round of 16. Kuala Lumpur: With the group stage of the AFC Cup™ 2022 completed, the-AFC.com takes a closer look at the numbers that caught the eye following the conclusion of the first phase of the tournament.

From high-scoring forwards to those that create the goals and win the ball back, we shine the spotlight on the players whose statistics stood out as the continental competition heads into the knockout stage.

Philippines stroll past Singapore, Thailand, Malaysia made to sweat Philippines stroll past Singapore, Thailand, Malaysia made to sweat

Manila: The Philippines earned their second consecutive victory in Group A of the AFF Women’s Championship 2022 following an emphatic 7-0 win over Singapore at the Rizal Memorial Stadium on Wednesday.

Thailand and Malaysia, meanwhile, fought back to earn draws against Australia and Indonesia respectively in the other Group A fixtures.

Bell urges Korea Republic to take the next step Bell urges Korea Republic to take the next step

Seoul: Korea Republic will be aiming to end a 17-year title drought in the EAFF E-1 Women's Football Championship 2022 on July 19-26.

The AFC Women's Asian Cup™ India 2022 runners-up kicked off their preparations on Wednesday with head coach Colin Bell calling up 23 players for training with China PR, Chinese Taipei and hosts Japan their rivals in the eighth edition of the tournament.

The Asian Stars in France The Asian Stars in France

Kuala Lumpur: Among the big transfer news in recent weeks has been Japan forward Takumi Minamino’s move from Liverpool to French Ligue 1 side AS Monaco after spending three seasons and picking up a number of trophies with the Reds.

Soon after, one of the biggest names in ASEAN, Vietnam’s Nguyen Quang Hai, followed suit and joined Ligue 2 side Pau in a move that will generate huge intrigue among fans across the continent.

With big campaigns ahead at their respective new clubs, the-AFC.com looks at some of the Asian stars to have played their club football in France in recent years.