Vote for your best Asian team at the FIFA World Cup: Forwards Vote for your best Asian team at the FIFA World Cup: Forwards

Kuala Lumpur: With international football not set to return until later in the year, the-AFC.com continues its look back at some of Asia's greatest performers at the FIFA World Cup and asks you, the fans, to vote for the Best XI.

We're just one position away from finding out who you want as your best Asian team at the FIFA World Cup. The best goalkeeper has been decided, as has your defence and the midfield in front of them, so now it's time to find the men to lead the line up front.

So, without further ado, here are the six players in contention for the places in attack. Review the nominees and then choose your favourites for this all-star XI in the poll below. 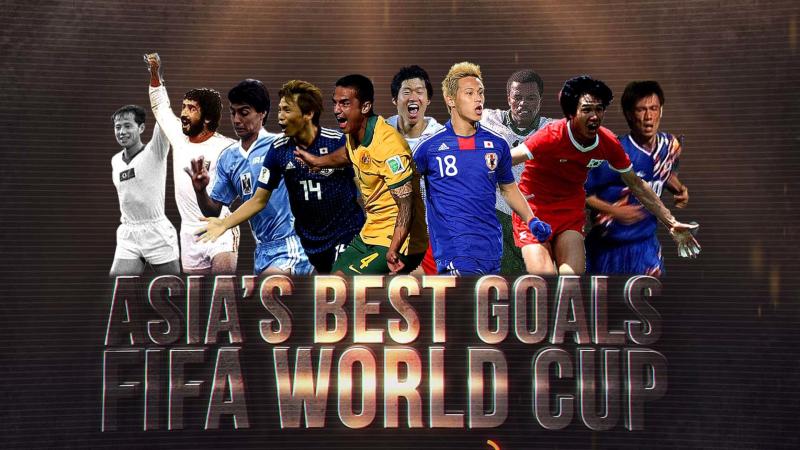 Kuala Lumpur: They are the goals that made entire nations roar. Every four years, the FIFA World Cup makes football the centrepiece of the world and ignites the hopes of millions of fans.

This June and July, the-AFC.com celebrates Asia’s contribution to the greatest show on earth by reliving 20 of the continent’s best FIFA World Cup goals.

The most popular football clubs: Japan The most popular football clubs: Japan

Tokyo: Japan is one of the heavyweights of the Continental game, as are its clubs with several Asian championships to their name.

As a continuation of our series that has seen the most popular clubs reviewed in West Asia, we now turn to the eastern side of the Continent with the upcoming resumption of the J.League the perfect opportunity to ask you, the Asian football fans, to decide the most popular club side from Japan. After deciding the top goalkeeper, the best defence in front of him and the playmakers in midfield, we have eight players of our 2017 AFC Champions League Best XI confirmed, so now it's time to complete the jigsaw by voting for the men to lead the line up front.

So, without further ado, here are the eight players in contention for the three places in attack. Review the nominees and then choose your favourites for this all-star XI in the poll below. Dubai: Jorge Luis Pinto, best known for leading Costa Rica to the FIFA World Cup quarter-finals, is set to take over the United Arab Emirates national team, it was announced on Monday.

The 67-year-old Colombian will sign a two-year deal which would lead up to the FIFA World Cup Qatar 2022 Finals, local media reported after the United Arab Emirates Football Association said the deal had been given a green light.

Kuala Lumpur: Saudi Arabia were not expected to make an impact when they made their FIFA World Cup Finals debut in USA '94.

While the West Asian nation had already made a name for themselves at the continental level, with two AFC Asian Cup titles in 1984 and 1988, a tough group meant expectations were low going into the global showpiece.

The tournament, however, did not go according to the script as forward Saeed Al Owairan fondly recalls in this 30 June 2020 interview with the-AFC.com.

Oumari: Fernando Torres motivated me to raise the bar

Oumari: Fernando Torres motivated me to raise the bar

Tokyo: Lebanese defender Joan Oumari never imagined that his move to Japan in 2018 would be the opportunity of a lifetime. He has added new experiences to the ones he had in Germany, United Arab Emirates and Turkey, and has made some fantastic friends.

Since arriving in the East Asia, Oumari has experienced a football style that was new to him and played alongside a host of stars who have made FIFA World Cup history – from Andres Iniesta, Fernando Torres and David Villa, who became world champions with Spain at South Africa 2010, to Lukas Podolski, who won the title with Germany at Brazil 2014.

The 31-year-old defender sat down with FIFA.com to talk about what he has learned from playing in Japan, what it is like to share the dressing room with some big names, and Lebanon's chances in the Asian Qualifiers for the FIFA World Cup Qatar 2022 and AFC Asian Cup China 2023.