Seoul: Korea Republic have represented Asia at the FIFA Women's World Cup on three occasions but their international prominence has yet to extend to the Women's Olympic Football Tournament.

The Taegeuk Ladies have tried and failed on six occasions to win their way to an Olympic Games, and current superstar Ji So-yun is desperate to end that barren run. 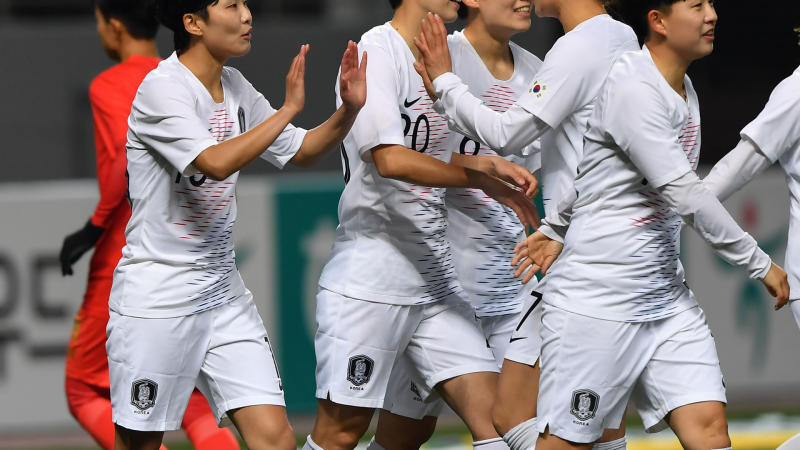 Kuala Lumpur: The Asian football family woke up on Sunday to the sad news of the passing away of Iraqi football legend Ahmed Radhi at the age of 56 after a short battle with COVID-19.

With a goal scoring record few strikers anywhere in Asia can match, Ahmed Radhi has earned his place amongst the continent’s elite in this latest edition of the-AFC.com’s ‘Asian Icons’ series. Kuala Lumpur: Outgoing head coach Park Hang-seo’s achievements with Vietnam have captured the imagination of the continent’s football fans and it has slipped the minds of many that he was part of the Korea Republic coaching staff in the FIFA World Cup Korea Republic/Japan 2002.

The first FIFA World Cup to be held in Asia and also the first to be co-hosted - with Korea Republic and Japan sharing the responsibility - it was a tournament that showcased the very best of Asian football.

As the-AFC.com continues the buildup to the FIFA World Cup Qatar 2022, we reproduce an interview with Park on June 22, 2020 in which he recollects Korea Republic's amazing run to the semi-finals. Kuala Lumpur: As the-AFC.com continues to look back on the best performers from recent AFC Champions League campaigns, there is another star-studded cast on offer this week as we ask you, the fans, to name your best midfielders from the 2017 tournament.

We began with the 2017 edition's best goalkeeper, next came the candidates for the backline and now it's time to shine the spotlight on the more attacking positions as we highlight the 10 standout candidates in midfield.

From Omar Abdulrahman to Paulinho, this list features some of the biggest talents in Asian football, so review the nominees and then choose your favourites for this all-star XI in the poll below. Kuala Lumpur: Islamic Republic of Iran are set to face the United States of America in Group B of the FIFA World Cup Qatar 2022.

Ahead of the November 30 clash at the Al Thumama Stadium, the-AFC.com has dug into its archives to look back at the first time the two teams met at the global showpiece, which ended in a historic win for Iran. Kuala Lumpur: The AFC Asian Cup UAE 2019 proved to be yet another seminal moment in the young career of Qatar striker Almoez Ali.

Having arrived in the United Arab Emirates with an already burgeoning reputation, the livewire forward went on to find the net a record nine times – the last of which was a particularly magical moment in the final – and be named the tournament’s Most Valuable Player.

That accolade, along with the award for finishing as top goalscorer, was roundly applauded, a nod to Ali’s prowess following a campaign which saw him shine brightly yet again for Felix Sanchez’s charges as they claimed Qatar’s first-ever AFC Asian Cup crown. Kuala Lumpur: After a month of discussion, and more than 200,000 votes from fans across the continent and beyond, our series of ‘Greatest Players’ polls concludes this week with a look at the contribution of Asian footballers to the Russian Premier League.